Eight boys from the Belgian plane who exhibited deviant behaviour in the past will fly over 2,000km in order to meet eight of our rebels with a similar fate in an adventurous journey, after which they will never be the same … 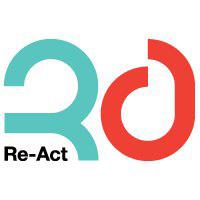 This is not an advertisement for a new reality show and the results will not be presented on television. You must have certainly met people, who did not have your chance to be raised in a nurturing social and family environment. For these 16 boys society has never been a friend, quite the reverse – it has been a hostile stranger. Therefore, in order to deal with it, they have worked out their own rules, different from the common ones, disrespectful of other people’s property and privacy. They could open any lock without a key and know better than anyone else how to survive in the street on their own. They have hardly ever felt, however, as part of a greater entity or met anyone who might change anything in their own existence.

In the course of ten days in the Rhodope village of Gudevitsa these young men with deviant past will have to face an entirely new challenge through the support of Re-Act Non-Profit Organization. They will have to learn how to survive in the wilderness, to work as a team, to communicate with each other. Speaking different languages, they will understand that their future depends on themselves.

The “Unleash Your Potential” Project aims at reducing the social isolation of the participants, utilizing successful practices during the exchange, thus enabling the youngsters develop a different attitude towards the world around them and their own lives.

They will immerse in the wilderness of Rhodope Mountains in order to “rise above” and overcome the prejudices of society and, perhaps, their experience will engender new friendships.

The “Unleash Your Potential” Project is realised by Re-Act Non-Profit Organization with the financial support of the European Commission under the Erasmus+ Program.