Reach for Change is a non-profit organisation founded by the Kinnevik Group and Sara Damber to improve children’s lives. They look for and develop Change Leaders – local social entrepreneurs with innovations that solve pressing issues facing children. The entrepreneurs are helped to scale their innovations through seed funding, access to business expertise and networking opportunities. Today, they work in 17 countries on three continents, supporting more than 100 Change Leaders globally

Correctional boarding school (CBS) “Angel Uzunov” is for minors more than 8 years old and juvenile delinquents from across the country. The school is situated 2 km away from the town of Rakitovo and is boys only. It is initially established in 1953 as “a school for morally endangered children”. During the years it was also called “Correctional school Maxim Gorky”. It is currently named after Angel Uzunov (1928 – 1999) who used to work in the school since its opening. 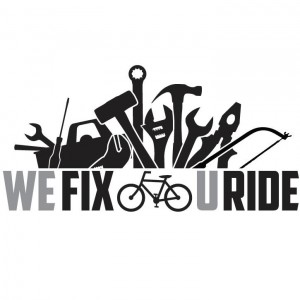 Our friends from Fix’n’Ride (http://fixnride.com/) helped us with one exceptional project for practical skills as well as for creation of a bicycle workshop situated in the CBS “Angel Uzunov”, town of Rakitovo. You can see the photo gallery here.

Mono Collective is a platform for producing and promoting films, music videos, TV advertisements, photography and music. It was founded to present and support new Balkan artists willing to develop their talents in the fields of visual art, music and experiment.
You can find more here:  http://www.monoco.eu/en

(BAIW – www.baiw.org) (BAIW – http://baiw.org/en/) is an association uniting mostly family cellars from different parts of Bulgaria who do everything, from A to Z, personally: they take care of the vineyard, harvest the grapes, produce the wine and sell bottled wine under their own name/brand (Read more here). All the members of BAIW are active supporters of Re-Act’s initiatives since 2013 for which we’re extremely grateful!

Thanks to National Geographic and the printed editions provided we established a library in CBS “Asen Zlatarov”. Our goal is to give the children an opportunity to broaden their worldview giving them access to classic books of famous authors as well as to diverse articles of popular science.

“Aii Data Processing” supported us for the initiative to equip the IT room in CBS “Asen Zlatarov”. They donated 9 computers and we installed on them Linux, Ubuntu and a package of useful applications.

Thanks to Svetleto and Janny from the organization for career counseling “Karea” three of the boys from CBS “Asen Zlatarov” had the chance to be professionally guided in their career-choice and path in life.